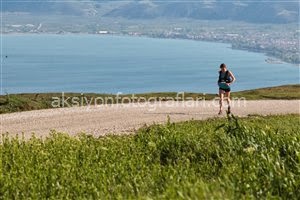 You win some and you learn from some. I can't recall the precise moment that that thought came to me, however it was post race in Iznik, Turkey, after an 80km trail race, for sure.

It wasn't too long ago that I'd heard the phrase 'you learn more from the ones you don't win than you do the ones that you do'. Mr Corless' talk Ultra pod cast was, I think, responsible for cementing that notion. Talking of Mr Corless, he'd invited a number of runners to one of his favourite races, the Iznik Ultra 2014. There are four race distances of 10km, 42km, 80km and 130km. I'd hovered undecided over which distance to run, however settled for the 80km as it would be my first experience of running internationally, abroad, in a race that I could expect to fair well in. The group met up in Birmingham International Airport, Marcus Scotney, Jo Meek (and her husband Jon), Stu Air, Ian and Niandi. My Inov8 team mate Robbie Britton was to meet us in Turkey as he as travelling over from his little shed in Las Palmas.

We spent a night in Istanbul before heading over to Iznik in plenty of time before race day. I adored hanging out with the other folk, however, I was inexperienced with and therefore caught unawares of just how overbearing it can be to share great lengths of pre-race time with your competitors even when they are good and wonderful people.  I had innocently gone to Turkey believing that I'd do ok and that it was just going to be a good fun race to experience. However, I was starting to get a sense and feel of something else, that I'd not felt before, ever, and it was overbearing and unexplainable. I came to realise, like a light bulb moment, (again in my naivety or ignorance), that I was indeed there to put on a show and race, how could I have been so blind? How can a determined and focused runner not be so serious pre race, pre-trip! In spite of my perseverance once the prospect had dawned upon me and with hindsight, I was making decisions that were not good for me or conducive to a comfortable or familiar routine required for a stress free race.

One of those decisions was to eat hotel food at breakfast on the morning of the race that I would not usually eat. I am in the process of discovering that I've developed an intolerance of certain foods, and whilst I don't want to accept this, It has been obvious for some time. Needless to say, I stood on the start line, with bloating and stomach cramps. I chose to believe that this was nothing more than those massive nerves that had appeared and that It would all sort itself out during the race. Can you really sort these kinds of challenges out during a race? 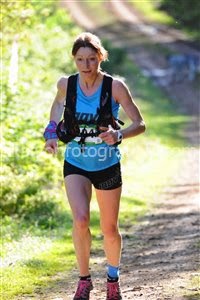 Within an hour, I was looking for bushes and sporadically, throughout the race, this was the story. Certainly the bloating eased yet the cramps increased. How the race had panned out, Jo, was putting in a sterling performance and Mr Corless pre-race predictions for Jo, were certainly coming to fruition. Given her super fast speed and strength on the climbs, there was no room to be toilet stopping as I was, during the race. Jo would pull away and I'd have to work double hard to catch her after I'd flushed the chain (so to speak). Most of the catching up was done on the descending, however this just increased the cramps and caused a stitch, what a wreck I was, it also meant that I was running outside of myself for large chunks of the race causing me to fatigue much more quickly than was healthy. 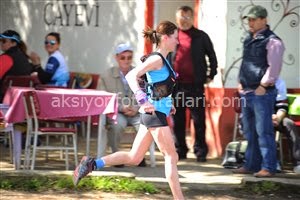 The final descent of approximately 750m dropping down into Soloz at the 60km point was where I should have covered a lot of fast ground in order to close any gap in distance that I'd lost. Rather, however, after the only a few minutes of descending on the hard path, I stopped, the cramp and stitch were simply being exacerbated by the hard pounding on the metalled path. I could not fly down this hill. In spite of desperately trying to stretch out my abdominals and taking it easy, the pain had become consuming. I still had a good 20km to go on flat road, this prospect now started to plague me.

Lets say for an explanation sake, psychologically and emotionally, that I usually start a race on a level of about an 8 (give or take) on a scale of 1-10. There were a number of factors impacting negatively on this number for this race. Both race related and otherwise, in reality, I was closer to a 3 or 4 on the start line. Ordinarily as a race progresses I ride the lulls and work my way through any difficulties as they arise. However, when the physical difficulties needed to be addressed I needed the mental prowess, I needed to have been on an 8 in the first instance to make the job easier, however, it just hadn't happened and everything went wonky.

Jo was motoring and I learnt that her target had been for faster races lately, therefore with this in mind, I knew I'd have to get some wind in my sail in order to make it interesting at the front end. Yet, where I should have been making ground on the descent, I was walking with cramps, this was madness! The decision was to be made about how to continue this race. Do I walk it, there was now no way I could run, or do I stop. Now, given the mental starting point, I described above, the decision came way way to easily to stop. That race was over.

This experience has filled my tool bag with so many riches that I can't begin to tell you all of them. They are lessons and experiences that no amount of being informed will suffice, you simply have to experience them in order to gain the strength and knowledge from them. I am so so lucky to have had the opportunity to have learn so much. All of the other Brits won their races and so a huge well done to Jo, Robbie and Marcus. (Unfortunately Stu, sensibly for his recovery, didn't race).

So how do you overcome the feelings of disappointment and would haves and could haves that pour into your mindset when this kind of decision has been made. Well in fairy land you enter your next race, when the cramps and bloating have gone and you're feeling relatively strong again. The next day maybe? A cheeky little 10km and then you win it. 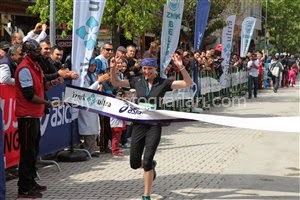 Thank you to Ian Corless for helping me to learn from experience. A huge huge thanks for the hospitality and opportunity given by Caner Odabasoglu the race director. Thanks to my super sponsors Inov8 who provided me with a kit that meets the demands of trail running. I wore trailroc 236 shoes and Inov8 Race Ultra Vest which is like the tardis and weighs less than my hairband. It housed all of my kit list requirement along with 14 TORQ gels (thanks TORQ) and four Hydration Flasks that had been provided by ENURE. These flasks were super easy to use packed down to a fraction of their size when empty and fast to refill again, thanks UltrAspire. 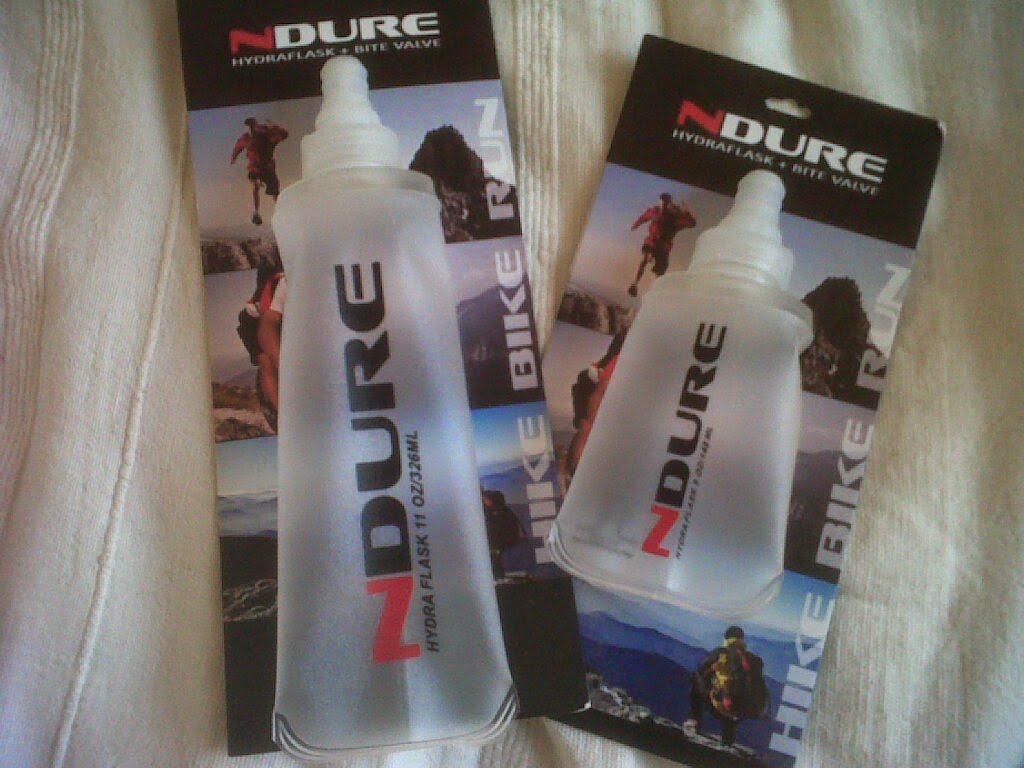 Ok well it's less of a comparison and more of my experiences of using a soft flask products.
Hydration is a topic of conversation (and opinion) that can fill a whole day of running in the trail running community and even then there is no definitive as someone will inevitably throw another opinion or view in that is just as valid as all the others that came before it. How, when, with what you like to fill up the water tank on the go really is a matter of personal preference and so what I can confidently make reference to is my own experiences and preferred watering methods.
I don't drink a lot on the run, I'm almost embarrassed to say, I simply find water boring, I'll almost go as far as admitting that I don't like the taste of it, but, there is no taste, so not a valid comment. Nonetheless, its' life saving properties have me reaching for it when my thirsty body insists and so the next task is to get the right equipment for use on the run.
I've used hydra… 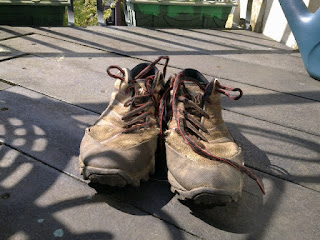 I remember smoking a fag half way through a cross country race in senior school. I was 14 years old. You see, I had potential, it was recognised by my sports tutor, Mrs Mountford, the thing was, I had to run like crazy to catch up again during the race for two reasons: 1 So that Mrs Mountford didn't suspect I’d been smoking and 2: In order that she didn't lose that belief in me. Then I discovered make up and dresses and my pumps got a little dusty. Until two and a half years ago that is.

This is hardly the time to talk about my very limited running career however it's safe to say, that it's amazing what you can achieve when you believe in your capacity. 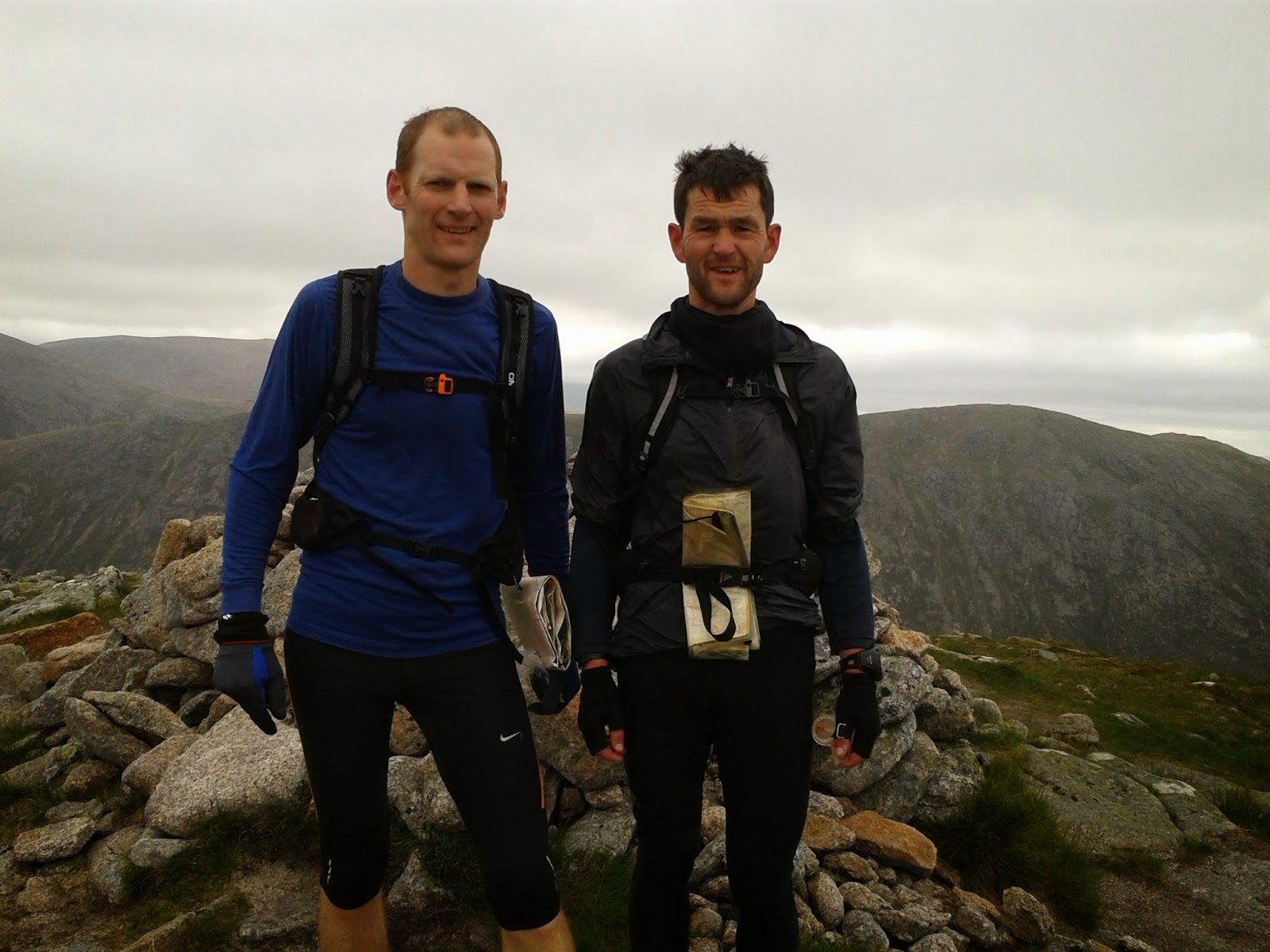 Ruminating the Rigby Round

It was approximately 3 weeks ago that a friend, Jonathan Whilock said to me, 'why don't you come and do the Rigby Round'. Now, I've ran with JW a lot over the years, and supported him on his Ramsey Round last year. In fact I owe so much of my early running training and experiences to JW. The 'rounds' will be familiar to a large majority of folk, the more popular one of course being the Bob Graham Round. The Rigby round is so named after Mark Rigby who first undertook the challenge and in 1988. True to Mark's attempt the Rigby round is intended to be undertaken without any support, and without any previous reconnaissance of the route. Therefore you essentially (if you are keeping true to the spirit of the round) have one attempt at it.
I've written a detailed report that is available here and therefore I'll not repeat that information, however, I want to share some randomness details below.
Prior to undertaking the Rigby Round I'd not ran above 1…